Here is what I posted to my Facebook page on Mother’s Day, 2017.

Mother, I Forgive You

Mother, on this Mother’s Day, I forgive you.

I forgive you for every single time you weren’t able to protect me from my father’s – your husband’s – sexual abuse.

I forgive you for all the suffering I experienced as a result of this childhood trauma – this atrocity – in the years and decades after.

I forgive you because you were raised in a family where women were taught to submit to their husbands without question – to never doubt, at least openly, a husband’s opinions, decisions, and actions.

I forgive you because you grew up in a society where women – as human beings with the potential for becoming autonomous, self-directed individuals – were dismissed, diminished, and disempowered in every single way.

I forgive you because you lived in a society where child sexual abuse wasn’t to be talked about.

I forgive you because you lived in a society where child sexual abuse was thought of – when it was thought of at all – as something perpetrated by homeless men lurking in parks or near schoolyard playgrounds; not by intelligent, well-educated men of high status, with well-paying jobs – men like your husband, my father.

I forgive you because you lived in a society which expected unwavering compliance with its non-negotiable, implicit expectation that if any intelligent, well-educated man of high status were to sexually abuse a child, awareness – even awareness one might keep to oneself – of any such abuse would be suppressed by the taboo against revelation of the truth – a taboo of silence as absolute as the taboo against child sexual abuse itself.

I forgive you because you were married to a man who wielded absolute, ultimate power – to which he would not tolerate even the slightest challenge – within the walls of our home, and abused this power to no end.

I forgive you for the rift – then the ever-broadening gulf, then chasm – that opened between you and me from, I suspect, the earliest days of my life (though my clearest memories of the sexual abuse don’t reach back that far but only to the age of three); the rift that separated my ground zero experience of the abuse, in all its horrors, from your inability – for all of the above-mentioned, entirely understandable reasons and more – to squarely face, with open eyes, what your husband was doing to your child.

Or to do anything about it.

For I forgive you for all the times when the reality of what your husband was doing to your child may have glanced at you from a corner of your consciousness, or sometimes even stood before you, front and center, staring you in the face; when you managed, still, to dismiss it – to make it vanish with a wave of the magic wand of your denial, all to avoid everything that confronting it might have eventually led to, including society’s rejection of the possibility that the abuse could even be occurring and what might then have resulted: the loss, via society’s legal mechanisms, of your right as a mother to raise your own children.

For, as you once said, if you had become fully aware of the truth, had fully faced it, and had then attempted to reveal it in the broad light of day, who on Earth would have believed you?

How sharp was the pain in my child’s heart the moment I first felt this rift between us?! How deep was my loneliness?!

And I forgive you for seeking my love in ways and degrees that required of me the sacrifice my core reality and identity in giving it – this in your attempts to replace the love you lacked from your husband, and to lessen the sting of the abuse, verbal and physical, he inflicted on you as well.

I forgive you, Mother, for all this and more that served to facilitate – or, at least, failed to oppose – my father’s – your husband’s – abuse.

And, yes, I’m forever grateful for all the times your love managed somehow to shine through in its purest, unconditional essence.

To shine through all the darkness – society’s darkness, your husband’s darkness, the darkness of your upbringing and human weaknesses – to help give me the power, and faith in myself, to begin, eventually, to diminish all the suffering the darkness had brought to my life.

And to tell these truths today.

Mother, who carried me in your womb and gave me life, as you lay on your deathbed, the night before you died, I told you I forgave you. As the years have passed since, I’ve understood, with an ever-greater clarity, the reasons why I did.

I wish you were here to read these words today.

With Love,
Your Son

PS to All:
One wish for the world, on this Mother’s Day:
May we nurture societies in which the rights and best interests of women and children are recognized, respected, and protected with unwavering care and devotion. 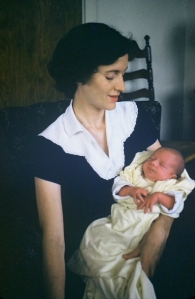 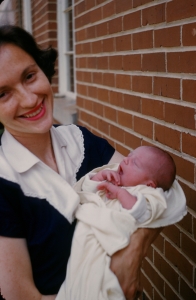